31 Jan 8 Steps to Identify and Eliminate A Burned Out Mindset – by Clark Gaither, MD, FAAFP

Posted at 15:05h in Burnout, Provider Wellness by Beth 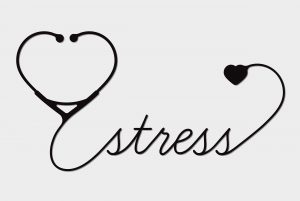 The three principle hallmarks of burnout have been well described — emotional exhaustion, depersonalization and a lack of a sense of personal accomplishment. These may accurately describe the symptoms, but these are not the same as the changes in mindset which can occur as a result of burnout.

As you can see these are all untrue, self-placed barriers as a result of burned out mindset thinking. So, just what are the major consequences of burnout on mindset and how can they be eliminated?

The burned out mindset can best be characterized by the words limited and restricted, both negative descriptors. People who are burned out often come to feel:

1. Restricted in their ability to change toxic working conditions, jobs or careers. The same person who might have at one time felt they could accomplish almost anything now regards their talents and abilities as lacking or deficient somehow.
2. Limited by an outsized perception of the amount of motivation and energy seemingly required to effect change. Even small, positive steps toward change come to be viewed as insurmountable. Big changes can seem altogether impossible.
3. Restricted by sadness, depression, anger, resentment, disillusionment or anxiety with an inability to self-elevate their mood. These feelings come to be viewed as virtually permanent, as in that’s just the way it is and the way it will be.
4. Severely limited by ebbing confidence in their abilities. Individuals no longer view themselves as eminently resourceful, stylistically flexible or consummately self-sufficient.
5. That their life’s experiences have limited them instead of expanded them. This presents as an overwhelming tendency to interpret past struggles, obstacles, adversities and mistakes as negative and the cause of current circumstances rather than as positive experiences from which much was, or could be, learned.
6. All viable options are either limited by doubt or restricted by fear. Suggestions for change or offers for help are rejected outright as too difficult or impossible even before being adequately weighed and explored.
7. Restricted by the conviction that the misery they are experiencing in the workplace must be less than the unknown consequences of change. The inability to have predicted current circumstances seems to be no barrier for automatically projecting a bad outcome from exacting change while simultaneously excluding the possibility of a more favorable outcome.
8. Restricted by a notion of scarcity. Scarcity thinking convinces the individual all the good jobs are taken, I can’t make any more than what I’m making now, it is probably as bad or worse wherever I might go, I don’t have enough education or the right education, I don’t possess the necessary skills, I’m too old to start over or learn anything new.

All of these feelings are just that, feelings, and feelings are not reflective of reality. Take away the emotion and what’s left are just myths. Myths which keep people down and from breaking free of a bad reality to seek better for themselves.

If you are falling into a burned out mindset it will be immensely helpful if you immediately take the following steps.
1. Acknowledge you are burned out. Saying it out loud gives you a concrete place from which to launch.
2. Accept the notion that if you want some things to change you must begin to change some things. Hoping and wishing for things to change without taking action is a form of magical thinking.
3. Believe change is a choice and you can choose to change. When you make change your responsibility and not someone else’s, things are more likely to improve.
4. Take a leap of faith and consider however you are feeling right now won’t last. You will feel much differently later, especially when you are thinking with a normal, non-burned out brain.
5. Find and use your BIG WHY as motivation to change your working conditions, job or career. Your BIG WHY could be your family, a cause, to serve people, to be the best you can become at what you do, or want to do. Your BIG WHY, if it is real and true to your core values, will always be more powerful than your doubts and fears.
6. Believe you are complete and whole just as you are. If there are bits and pieces of information or skills that you need, these are not bits and pieces of you which are missing, left behind or lying around somewhere. They are things separate and apart from who you are. Who you are is the person who can acquire whatever you need, whenever you need it.
7. Know there is more than enough work, resource and reward out there for everyone. Not everything has been invented, created or discovered yet and your marketplace has become the entire planet.
8. Trust in your own unique set of natural talents and abilities, and in your core values. From where you are now to where you want to be, they will get you through. 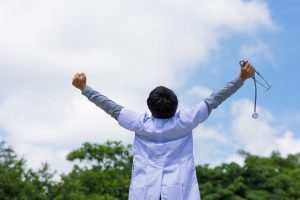 Recognizing the burned out mindset and taking these simple steps to eliminate them will put you in a much better position to achieve your preferred future. I believe this is imperative because you can never live a life of happiness and passion driven purpose if you are burned out.